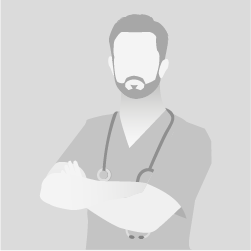 Nerul,  Opera House D Y Patil Healthcare, Babies and Us Fertility IVF & ICSI Centre
Book Appointment More Detail
A
Anita 4
As a couple we were embarrassed to not have a child of our own even after five years of marriage. On Read More

Mumbai is famous for medical treatments, and IUI treatment is available in many IUI centres in Mumbai. Though it’s normal to feel nervous about IUI, the whole procedure is a simple, safe and easy that maximize your chances of getting pregnant. IUI has helped couples suffering from infertility problems for several years now.

If you’re interested in IUI, consult an IUI doctor in Mumbai to get help and support in achieving the dream of parenthood. IUI doctors in Mumbai are highly-skilled and have immense expertise and extensive experience in the field of IUI treatment.

IUI treatment in Mumbai can be less expensive than other types of fertility treatments. The IUI procedure is done at a fertility clinic, and it only takes about 5-10 minutes. Women often have a 10% to 20% chance of becoming pregnant with just one IUI cycle. The more cycles of IUI women undergo, the higher the chance of achieving pregnancy. The success rate of IUI treatment will vary depending on a woman's age and other health factors.

Find the most trusted IUI doctors in Mumbai to achieve the dream of parenthood.

There are many reasons why normally conceiving becomes a problem in some couples which is why they are suggested artificial insemination treatment. IUI doctors in Mumbai recommend Intrauterine Insemination (IUI) treatment.

An Intrauterine Insemination (IUI) is a procedure that is used to place the sperms into a woman’s womb when she is ovulating. During this procedure, the IUI doctors bypasses the cervix to deposit the sperms close to the tubal opening. Thus, it shortens their tedious journey of meeting the egg in the fallopian tube. Typically, the chances of getting pregnant naturally are eight to ten percent, but with IUI, it goes up to 20-28 per cent per cycle.

The main reason to perform an IUI treatment is to increase the number of sperms which reaches the fallopian tubes to increase the chance of fertilisation subsequently. This is a laboratory procedure that will separate the fast-moving sperm from its slow-moving counterparts. This procedure can be performed with either the partner’s sperm or donor sperm; this method is called as donor insemination. IUI treatment can only work if it has been confirmed that the fallopian tubes are open and healthy. This will determine the success rate of this procedure. Further, it is easier and less costly than in vitro fertilisation. As per the IUI doctors in Mumbai, it is always better to determine the best fertility clinic for undergoing such treatment.

IUI is a medical procedure performed by IUI doctors to treat infertility problems. This procedure helps the sperm to reach the uterus, thus assist with fertilisation. Some medications such as estrogen, progesterone, etc. may be used during this procedure. At fertility clinics in Mumbai, IUI is coordinated with the menstrual cycle and few fertility medications. Find the best IUI doctors in Mumbai to get assistance in achieving the dream of parenthood.

When Do You Need IUI?

What Type of People Can Choose IUI?

People with the following conditions can choose IUI with the best IUI doctors in Mumbai:

IUI Doctors Near You